A small village in Kadapa, Andhra Pradesh is becoming a popular place to visit because of the amazing gorge there and some ruins too. Gandi kota is a perfect combination of historical interest and nature and a place to have some adventure. The gorge has been nicknamed the Grand Canyon of India and it does create stunning views with the beauty of the river Pennar running through coming from the Erramala hills.

How was the gorge formed?

A gorge gets formed in a valley when there is a water source flowing between the rocks. Over a long period of time that water causes erosion forming the gorge. In Gandkota the swift water flow cuts through and creates a deep trench exposing more of the rock layers allowing people to see the awe-inspiring natural beauty this creates. It is hard for people to imagine how this kind of process happens because of the amount of time involved. But in this case, that action of water flow against rock made the pink granite separate then forming bedrock. The pink granite here is known to be very hard rock. It is compact, acidic and hard so the process was not an easy or fast one.

The historical role of Gandikota

The canyon, the village and the fort built there have played a significant role in the history of the area, dating back many centuries. Historically significant periods have included the Qutub Shahi, Vijayanagara and Kakatiya. For about 300 years the Pemmasani Nayadus ruled the area. The fort extends over a large area to defend it. It is one of the most important witnesses to such historical times. It was built in the 13th century using the red stones locally sourced. It also includes palaces, carvings, temples and springs used to irrigate gardens. The wall around the fort in the places where it remains is five miles tall. Later a Jama Masjid mosque was also built here a nice reflection of India’s diversity. This along with the beauty of the gorge and the beauty of nature around the area makes it a great place to visit for a day or two.

Close to the village

When you are finished with your exploration and activities on the river in Gandi Kota you could continue the adventure by checking out the Belum Caves which are only an hour away. This is the second biggest cave system in the country found in Andhra Pradesh’s Kurnool district. They are over 3 km tall and made up of black limestone. They formed millions of years ago and are a great system to explore especially if you love activity and adventure, but also if you enjoy rocks, geology, history and the natural world. Water formed them as it passed over the deposits of limestone again taking many, many years to do so. There are some incredible and beautiful formations of stalactites and stalagmites and the cave depth is just under 46m. At its deepest point, you can see the stream that is underwater that continues to flow through the rocks. 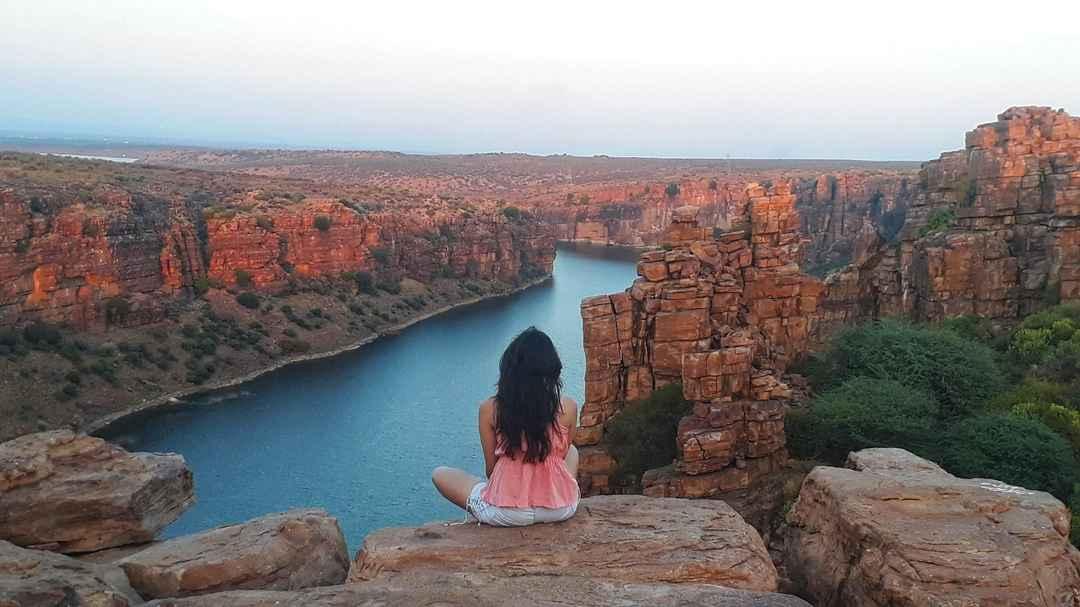